MTF Services is the only company in the UK film and video industry to offer broadcast sales, servicing, design, engineering capability, and consultancy. The team consists of engineers, designers and consultants each with a minimum of 20 years experience in their chosen discipline.

As well as being able to supply equipment from some of the major manufacturers, we are also proud to offer some unique products of our own, designed and built here in the UK to the highest specifications and using the best materials available anywhere.

With experience in seeing a project through from the CAD (2D & 3D) stage to personally manufacturing prototypes, collimation, projection, MTF testing and even engraving, Mike has a track record which is second to none.

Becoming familiar with many aspects of film and broadcast production from camera use, both film and video, non liner editing systems, Steadicam operation, in vehicle and on vehicle camera set ups to head and tripod servicing.

However, Mike's main area of expertise is mechanical/optical design and over the years, has been part of the development team of some award winning products. These include:

The Excellence modular periscope lens system (for which Mike was responsible for ALL of the mechanical design, manufacturing, build, testing and overall project management). This was not only the worlds first modular periscope but also the worlds first High Definition periscope and also included the worlds smallest 10mm lens (35mm silent aperture format). Used on "Harry Potter" and "underworld" to name just a few, this lens system is highly sought after and is still doing sterling work for rental houses worldwide.

And our image intensifier which was also awarded the Academy of television arts and sciences scientific and engineering award.

If you are looking for that special lens adaptor, someone to modify an existing piece of kit, bespoke bracketry, lens or matt box support or even a design for a completely new lens system, feel free to get in touch and discuss your ideas. 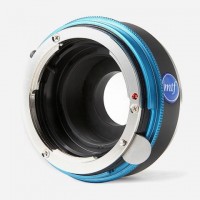 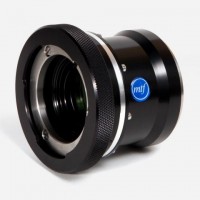 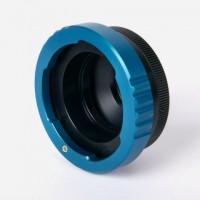 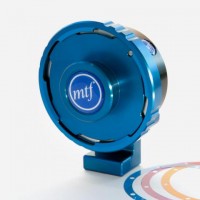 Arri PL to C Mount Adaptor
An original design by Mike Tapa. This mechanical adaptor allows the use of any PL mounted lens on any C mounted camera such as the Toshiba TU48, Toshiba TU62, Toshiba TU63 & Iconix HD-RH1 Provision to accept the MTF M/43 & E Mount...
Firmenkonditionen: zum Login